One of the most important collections of Highland bagpipes in the world. 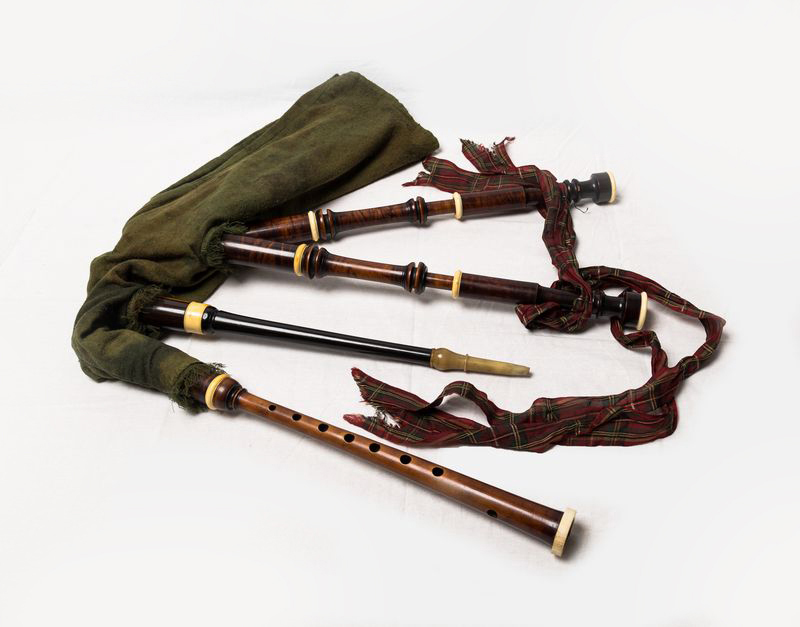 During the Second World War two young friends, Seamas MacNeill and Thomas Pearston, spent their weekends and holidays backpacking around their native Scotland. On these excursions they would take their bagpipes and play at the homes and hostels in which they stayed. Wherever they went, not only did their instrumental prowess make them popular, it also enlisted enquiries from the people they met; where could we learn to play the bagpipes?

As a result, these two friends founded the College of Piping in Glasgow in 1944 to pass on and promote the teaching of the great Highland bagpipes. The institution has been an influential success; MacNeill and Pearston's 1952 College of Piping Tutor Book 1, is by far the biggest selling bagpipe tutor ever published, having sold close to half a million copies.

The College of Piping also contains a museum of the Highland bagpipe. While the museum is physically small, it holds one of the larger and more important collections of Highland bagpipes in the world, including one of the oldest great Highland bagpipes in existence, and instruments by most of the important makers in Scotland.
Electric bagpipes
The collection also has some more unusual instruments, including bagpipes from other European cultures and even some electric bagpipes, including an electro-acoustic bagpipe from the 1960s that was created with the use of a vacuum cleaner motor. As well as musical instruments, the College of Piping's holdings include one of the largest and most complete collections of bagpipe music and tutors in existence.