A chronological discussion of the history of British music, through its musical instruments, from the 17th to 19th centuries. 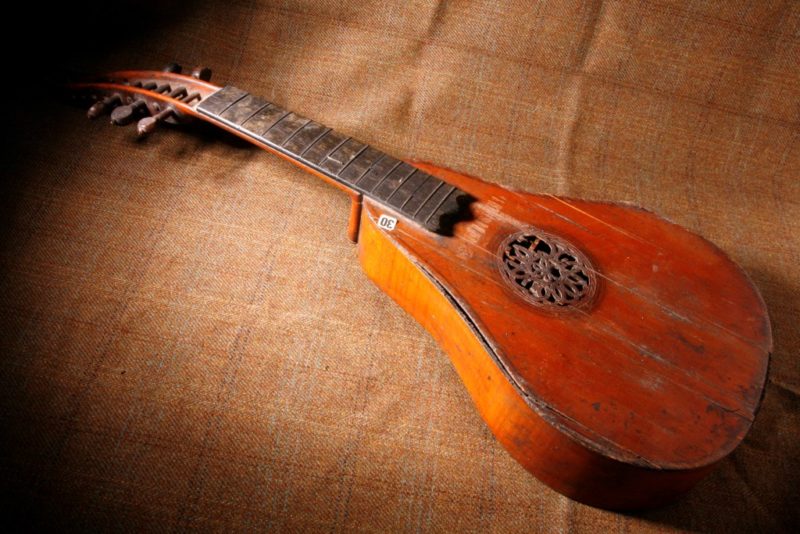 Share
by Matthew Hill, MINIM-UK cataloguer
The United Kingdom was famously described as 'The Land Without Music' ('Das Land ohne Musik') in the title of a 1904 book by German music critic Oscar Adolf Hermann Schmitz. At the time Schmitz wrote this, few would have disagreed - even the British themselves. Schmitz referred to classical music. Until relatively recently, British classical musicians and composers were often overshadowed by their continental counterparts, but to claim that this sceptred isle lacks strong and vibrant musical traditions is manifestly untrue. From ancient Celtic battles to modern arena concerts music is woven into the very fabric of life here, and always has been. The UK has a long, unique, and fascinating musical history, and the story of Britain can be told through its musical objects. Here are some instruments from the 17th to 19th centuries with distinctively British accents.
Culloden bagpipes

This instrument is known to have been owned by a soldier who fought at the 1746 Battle of Culloden, where the Jacobite forces of Bonnie Prince Charlie met their final defeat. After the battle, the soldier moved to Germany where he became a mercenary, taking this instrument with him. He settled there, married a local girl, and his set of bagpipes remained in the family for over 200 years. They were found in a barn in the late 20th century.
Robert Burns's English guitar

While not really a guitar, these instruments are extremely English. Although similar instruments were played throughout Europe during the 17th to 19th centuries, these English 'guitars' (sometimes spelt 'gittar') were extremely popular in Britain around the turn of the 19th century - especially as an instrument for well-bred young ladies. So popular were they amongst the refined classes that famous English harpsichord maker Kirkwood felt threatened. He is rumoured to have bought a number of guitars and distributed them amongst ladies of little virtue, hoping to create a less salubrious association with the instrument.
Elgar's piano

Although the piano was invented by an Italian (Bartolomeo Cristofori) around the turn of the 17th century) the vast majority of modern grand pianos are based on the late 18th-century designs of the English maker John Broadwood. Broadwood's pianos were popular throughout Europe, and were particularly favoured by Ludwig van Beethoven, who said of his instrument: 'I will regard it as an altar on which I will offer to god Apollo my most beautiful sacrifices of spirit.' Beethoven was also known to play his Broadwood piano so violently that he broke its strings on more than one occasion.
'Crwth y Foelas'

One of the most iconic traditional Welsh instruments, the crwth (pronounced 'crooth') is a lyre that is played with a bow, in a manner somewhat similar to a violin. It is not clear when the crwth became established in Wales, but by the late 18th-century the instrument was in decline. While only four historical examples of this instrument remain, in recent years the crwth has seen a revival in popularity, especially among folk musicians.
Read part 1 of this article