A chronological discussion of the history of British music, through its musical instruments, from the 19th century to the modern era. 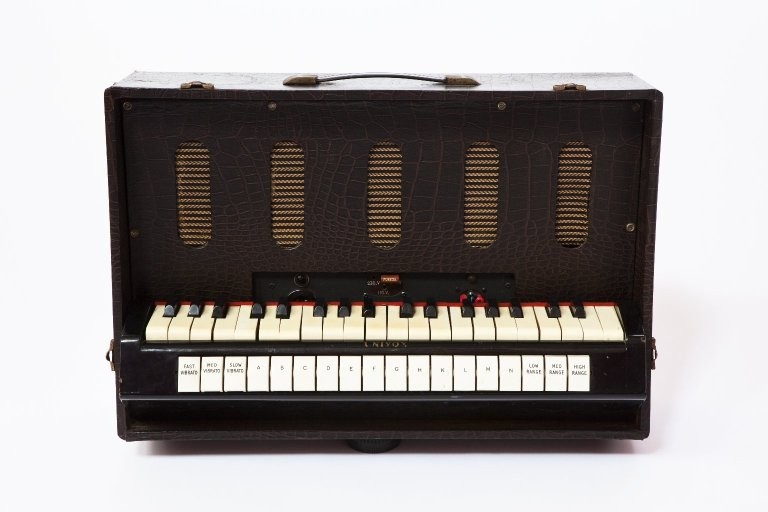 Strings at the South Pole

The image of the Salvation Army band playing is as much a part of Christmas as mistletoe and presents underneath the tree. The Salvation Army took its brass bands seriously; so seriously that the organisation for many years actually made its own bespoke brass instruments in its own factory, solely to meet the needs of its musicians. These examples show the quality and craftsmanship of Salvation Army band brass.
Sounding the mail

Although now more typically found silently decorating the walls of country pubs, the sound of the post horn announcing the arrival of the mail coach would have once been some of the most familiar music heard in Britain. This post horn, at the Glenesk Folk Museum in northern Scotland, is particularly unusual in that its provenance is well documented; it was used as late as the 1930s on one of the very last horse-drawn mail coaches in Great Britain.
Signalling the retreat

Although it was made in France, this bugle played a small but poignant part in British history. It was given to an English ship captain by a French soldier during the evacuation of Le Havre in 1940, following the fall of France to the invading German army. The French soldier had used it to sound 'Retreat' and was ashamed of it.
VCS 3

The UK has made significant contributions to electric and electronic music. The VCS 3 was one of the first commercially available synthesisers to be small enough for practical live performance. It was much favoured by progressive rock bands at the turn of the 1970s such as King Crimson and Pink Floyd, and it continues to be used today by bands such as LCD Soundsystem, who are looking to get a 'retro' sound.
80's ingenuity
The Bond Electraglide was an electric guitar designed by English luthier Andrew Bond. It was manufactured in the far north of Scotland in the 1980s. It was made of a carbon composite material and featured an unusual 'sawtooth'fret neck design. It also had push-button electronics with a digital readout. Models such as this were used by Mick Jones (at the time a member of Big Audio Dynamite), and U2's The Edge.
Read part 1 of this article
Read part 2 of this article